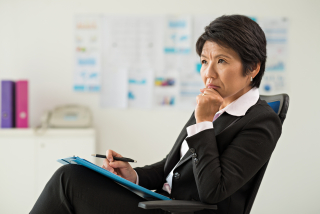 Cybersecurity concerns remain top of mind for global CEOs as they weigh the challenges their organizations will face in the next five to 10 years. A new report by global management consultancy EY reveals that cybersecurity tops the list of concerns for CEOs, along with income inequality and job loss caused by technology advances.

The findings in EY’s 2019 CEO Imperative Study confirm earlier research showing that chief executives view cybersecurity threats as one of their most daunting challenges. Adding to the problem, the EY study reveals that CEOs lack confidence in the C-suite’s ability to address these challenges. Only about one-third of respondents (34%) said they believe the current C-suite model is “well-suited to the demands and opportunities of the next decade.”

In January, CEOs in a study by The Conference Board ranked cybersecurity as their biggest “external concern” for 2019. This followed an earlier finding by the World Economic Forum that cybersecurity attacks are the top risk of doing business in North America. And in June, a report by KPMG based on a poll of 400 CEOs revealed that they view cybersecurity as one of the greatest threats to business growth.

Cyber risks are especially daunting for organizations because they create issues of trust. And as Gil Forer, EY Global Markets Digital and Business Disruption Lead Partner, argues in an article about the report, “Future corporate growth depends on trust, whether between corporations and customers, people and technology, or management and employees.”

The EY study, which polled 200 CEOs, 100 senior institutional investors and 100 independent board members, offers some hope that CEOs are preparing to deal with cybersecurity risks and other challenges. They plan to accomplish this by bringing change to the C-suite.

The study says 72% of CEOs and 82% of boards plan to add positions or change roles in the executive ranks. The management model has already undergone some modifications in recent years, according to the report, as organizations have added new positions such as chief innovation officer, chief digital officer and chief strategy officer.

“We have arrived at a tipping point in corporate action on global challenges which will have a powerful impact,” the report says. “The world’s largest companies are set to undertake a range of meaningful actions to address global challenges such as income inequality, the ethics of AI, cybersecurity and climate change.”

How cybersecurity threats are addressed will remain a challenge for CEOs in the foreseeable future, especially considering the difficulty of filling cybersecurity positions. (ISC)² research has revealed that currently there is a shortage of nearly 3 million cybersecurity workers worldwide.

This means that while changing the character of the C-suite will help with some corporate challenges, it won’t be enough to address cyber concerns. Corporations will need to work with the cybersecurity industry and educational institutions to address the skills gap and, by extension, the overall cybersecurity challenge.