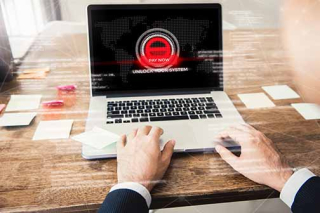 Ransomware is in the news lately with attacks on Norsk Hydro, multiple cities in Florida, Baltimore and Atlanta, not to mention the numerous hospitals that have been hit.

These attacks have cost companies like Norsk an estimated $45 million due to lost revenues and the cost to restore and recover their IT department. The cost to the two cities in Florida is estimated to be $1.1 million and the tally continues to grow.

Ransomware is short for ransom malware and has been around since the late 1980s, but is now gaining in popularity from bad actors. The software typically prevents users from accessing their system or personal files and then will demand a payment to restore the user’s access to their data.

In the late 1980s, payment could be made via email, but this has changed and the writers are now demanding payments via credit card payments or cryptocurrency.

Today, this malware typically works in one of two modes, either denying access to the data or encrypting it.

With Scareware, the user will see pop-up messages saying that a virus has been discovered and the user has to pay to eliminate the issue, however, doing nothing will typically result in being bombarded with pop-ups to the point that system may be unusable, but the user’s files are typically okay and have not been affected.

So how does one protect themselves from Ransomware? Consensus is to prevent it before it happens.  The methods used to prevent an infection are far from perfect and typically require a skilled or technical user to deal with them.

What are the legal issues associated with Ransomware?

There are numerous legal issues with Ransomware, the largest being that the criminal request payment be made via Bitcoin. Not many people or organizations keep Bitcoin handy and need to purchase them from an online source. This typically happens using a credit card. This creates an additional risk for the user has most Bitcoin vendor sites have been hacked.

Laws in various countries treat Bitcoin differently and in some the Bitcoin maybe considered property (U.S.) and therefore taxable to the buyer. Users or corporations that decide to pay the demands of the criminal may run afoul of the laws in their jurisdiction. This is especially true in the U.S.

This link provides an excellent description of some of the issues associated with Ransomware: https://jolt.richmond.edu/volume23_annualsurvey_sherer/

We recommend that users:

Ransomware is not going to go away. We have seen it since the late 1980s and we are currently seeing it being spread to other operating systems. Sorry MAC users, you are not protected from this one. The authors are leveraging old trojans and attack methods in new ways

As cybersecurity professionals we need to be more diligent in patching, staying current on what is happening and educating ourselves and users.